LOL: On tucking in like a taco, pinning exercise, and saying goodnight 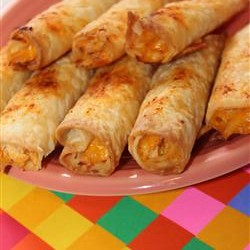 This morning we had a few extra smiles, which is always my favorite way to start the day.

When Rebecca was headed out the door to school, she passed my room and said, “Love you, Mom.” I answered, “Love you! Goodnight!”  I didn’t mean to say goodnight, it just came out as I wasn’t really thinking about what I was saying because I was doing something else at the moment–not an uncommon occurrence in my life! She responded without missing a beat: “Goodnight.”

Eliza was laughing about another saying we have that she started: tucking someone in like a taco. To tuck a child in like a taco at night, they have to be in bed (of course!), and then you tuck the covers in next to their body so that they are snugly fitted in the covers nearly like a cocoon, all the way up to their chin. What a nice feeling, to be snug as a bug in a rug, when you have been tucked in like a taco! 🙂

Julia and I were chatting this morning about her sore biceps. She was begging me for a massage (also not an uncommon occurrence chez nous.) She had to swim a mile for her swim final and had sore arms immediately after. I told her I was so proud of her for swimming a mile as I have never done such a thing in my life. (Nor do I really want to, actually. I mean, in theory I would like to. Kind of. Kind of like how in theory I would like to do a triathlon, but maybe not in reality.) As I was massaging her arms, we were talking about eating better and she said defensively, “Hey! I pin all kinds of exercise things to my exercise board!”

Crack me up! Gotta love Pinterest and virtual reality!

Author: Liz
Filed Under: LOL: Laugh Out Loud
Tags: how mothers say what they don't mean, Rebecca, sense of humor
LOL: Time + crisis = humor (Live and learn and laugh about it)
LOL/GQ: Pe-DES-tal