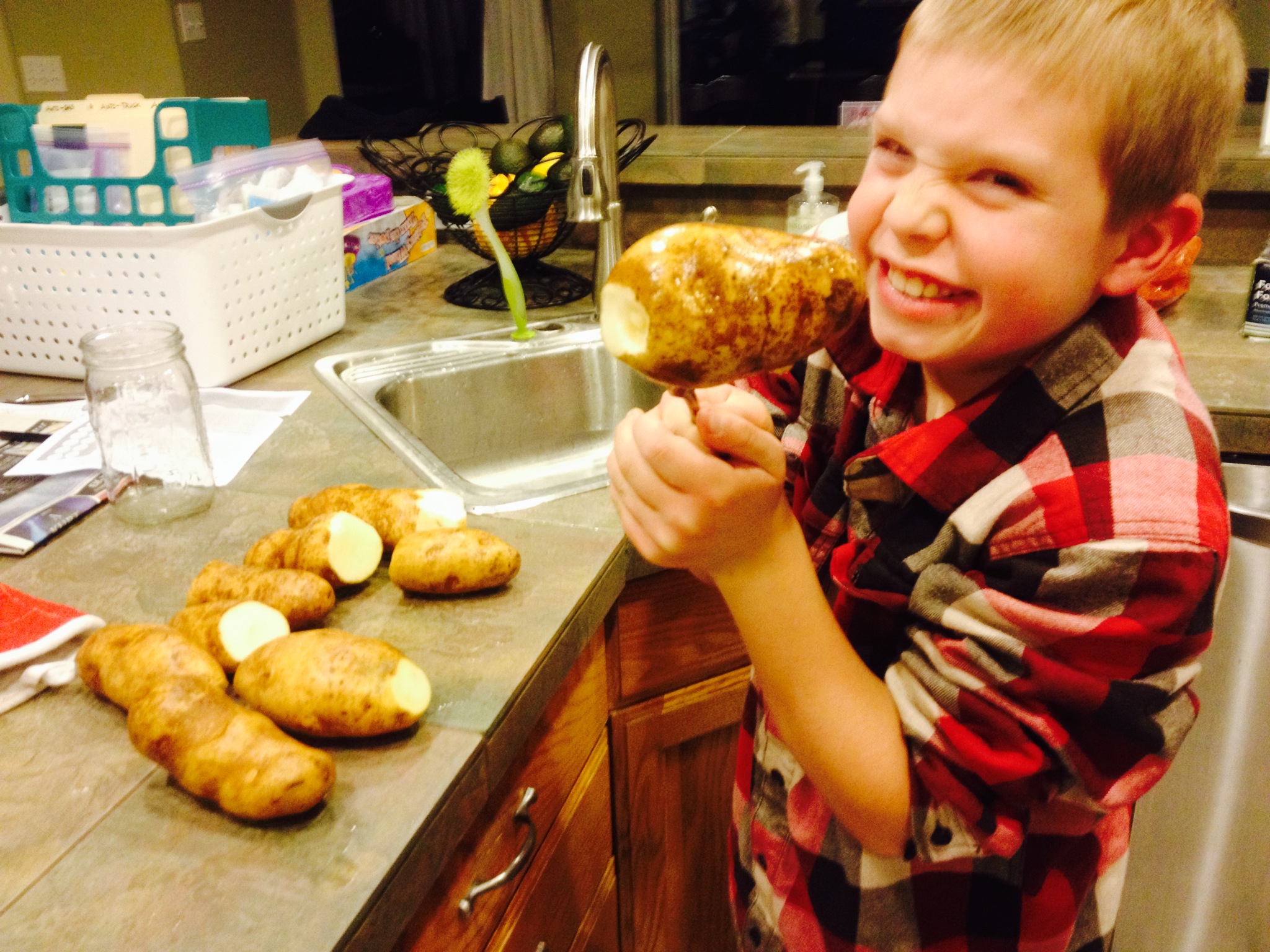 Peter was my dinner helper last night, and after washing the potatoes, I told him to get a fork out and prick them 3 or 4 times on each potato. He asked me why. I said, “So that when they’re baking, the steam can escape and they won’t explode.”

He asked me, “Did you learn that the hard way?”

I actually didn’t learn that one the hard way, but I have learned plenty of other baking lessons the hard way. Here are two:

I remember as a child making “Cream Scones” from a Winnie-the-Pooh recipe book, and I used baking soda instead of baking powder. They didn’t taste very yummy. I paid closer attention after that to which ingredient was which!

One story I’ve retold often was when I wanted to make a French Silk pie for a woman I visit taught. I called my dad, who is a chef (by passion, not profession), to ask him if he had a good recipe (this was prior to google days). He called me back and gave me the closest thing to what I was describing: a chocolate mousse pie.

I carefully jotted down the recipe on a card and went to work. All went well, but the pie did not seem to set up very well, and indeed, seemed quite runny. But I got it to her anyway on my way out the door.

The next morning my dad called to ask how it turned out. I explained the runny-ness, and he asked how long I baked it.

“Baked it? I was supposed to bake it?”

My dad could hardly breathe, he was laughing so hard.

It was not long after that this book arrived in the mail: 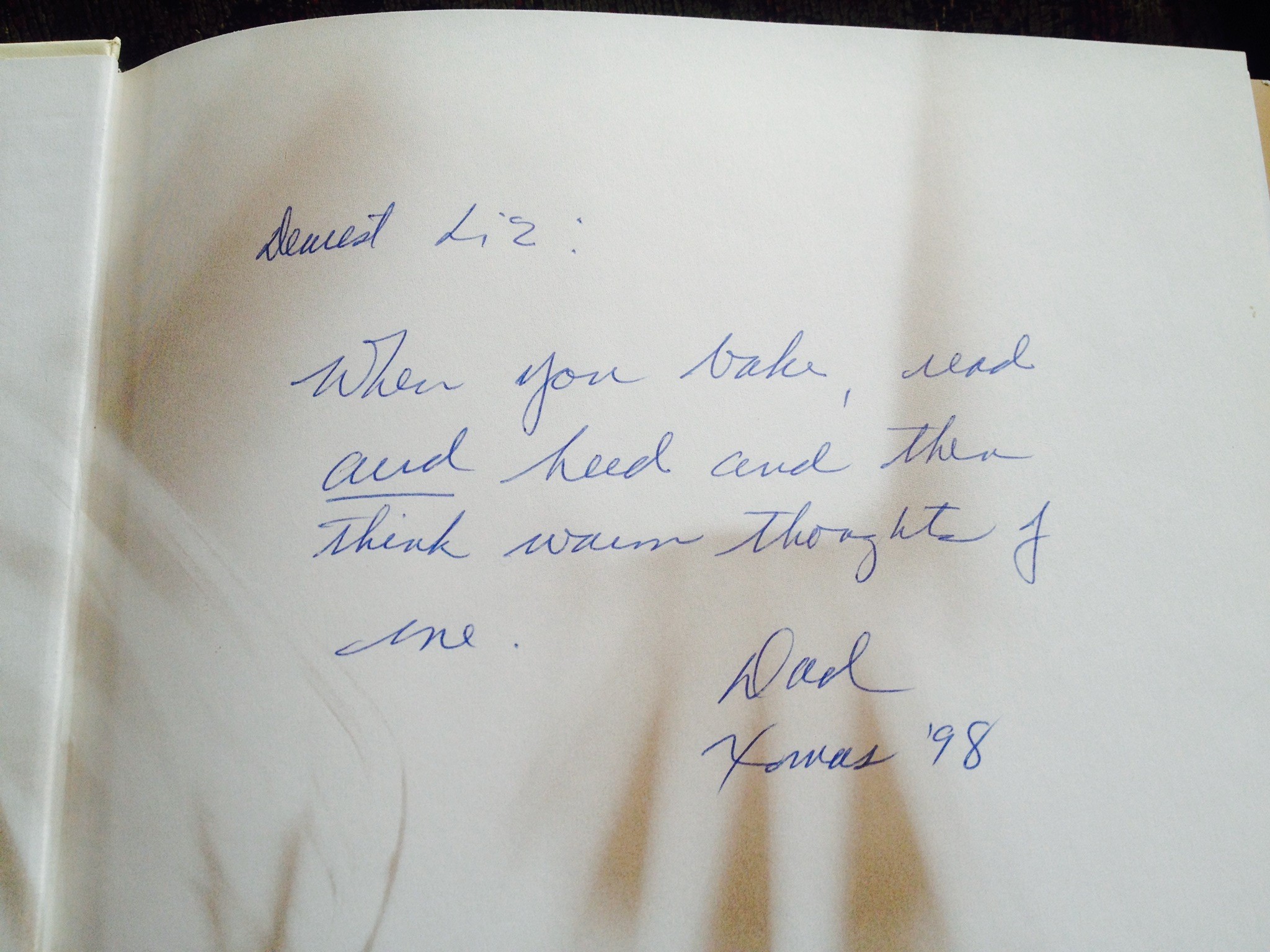 All I can say is that I talked to my friend ASAP to make sure that all of those raw eggs hadn’t killed her.

Miraculously, she loved the pie!

Tender mercies, that’s all I can say.

Author: Liz
Filed Under: General
Welcome Dinners
Psst! Why is being kind and serving others a good ingredient in dealing with depression (or other mental illnesses)?