Do you know about Eve? 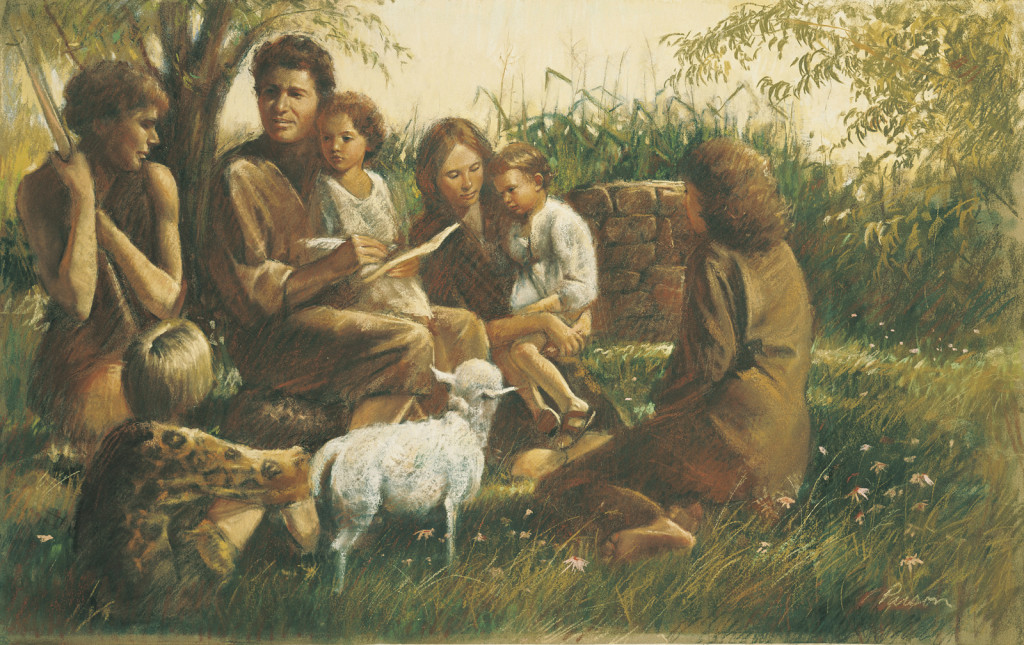 I just was reading an article in the Deseret News (National Edition) in which author McArthur Krishna, a member of the Church of Jesus Christ of Latter-Day Saints was interviewed about a book she co-wrote with Bethany B. Spalding called Girls Who Choose God: Stories of Courageous Women from the Bible. McArthur tells how, at one point, they had to decide about how to portray Eve. 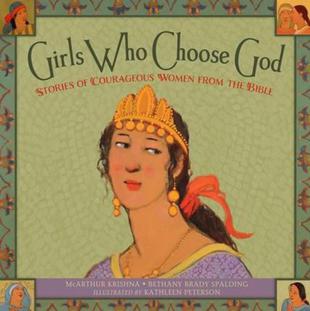 DN: How have other people from other Christian traditions reacted to your Mormon roots?

MK: Mormons have a very different perspective on Eve. We talked with Deseret Book [the publisher] about whether this book should be a national title, and what it boiled down to was that we either had to water down the Mormon doctrine on Eve or we could not go national. We thought it was more important to stay true to our doctrine than to have the flair of going nationwide. So we stuck to Eve” (“Telling stories of women and God,” August 9, 2015, p.P8).

I considered how often I forget that, as members of the Church of Jesus Christ of Latter-Day Saints, we have such a beautiful perspective on Eve. (I am sure Eve is grateful to have her story told accurately, particularly to all of her billions of daughters who have since been born on earth!) Do you know what Mormons believe about Eve? I’d like to share a passage that I have not forgotten from a talk I heard shortly after Lane and I were married:

When Adam and Eve received the first commandment, they were in a transitional state, no longer in the spirit world but with physical bodies not yet subject to death and not yet capable of procreation. They could not fulfill the Father’s first commandment without transgressing the barrier between the bliss of the Garden of Eden and the terrible trials and wonderful opportunities of mortal life.

For reasons that have not been revealed, this transition, or “fall,” could not happen without a transgression—an exercise of moral agency amounting to a willful breaking of a law (see Moses 6:59). This would be a planned offense, a formality to serve an eternal purpose. The Prophet Lehi explained that “if Adam had not transgressed he would not have fallen” (2 Ne. 2:22), but would have remained in the same state in which he was created.

But the Fall was planned, Lehi concludes, because “all things have been done in the wisdom of him who knoweth all things” (2 Ne. 2:24).

It was Eve who first transgressed the limits of Eden in order to initiate the conditions of mortality. Her act, whatever its nature, was formally a transgression but eternally a glorious necessity to open the doorway toward eternal life. Adam showed his wisdom by doing the same. And thus Eve and “Adam fell that men might be” (2 Ne. 2:25).

Some Christians condemn Eve for her act, concluding that she and her daughters are somehow flawed by it. Not the Latter-day Saints! Informed by revelation, we celebrate Eve’s act and honor her wisdom and courage in the great episode called the Fall (see Bruce R. McConkie, “Eve and the Fall,” Woman, Salt Lake City: Deseret Book Co., 1979, pp. 67–68). Joseph Smith taught that it was not a “sin,” because God had decreed it (see The Words of Joseph Smith, ed. Andrew F. Ehat and Lyndon W. Cook, Provo, Utah: Religious Studies Center, Brigham Young University, 1980, p. 63). Brigham Young declared, “We should never blame Mother Eve, not the least” (in Journal of Discourses, 13:145). Elder Joseph Fielding Smith said: “I never speak of the part Eve took in this fall as a sin, nor do I accuse Adam of a sin. … This was a transgression of the law, but not a sin … for it was something that Adam and Eve had to do!” (Joseph Fielding Smith, Doctrines of Salvation, comp. Bruce R. McConkie, 3 vols., Salt Lake City: Bookcraft, 1954–56, 1:114–15).

This suggested contrast between a sin and a transgression reminds us of the careful wording in the second article of faith: “We believe that men will be punished for their own sins, and not for Adam’s transgression” (emphasis added). It also echoes a familiar distinction in the law. Some acts, like murder, are crimes because they are inherently wrong. Other acts, like operating without a license, are crimes only because they are legally prohibited. Under these distinctions, the act that produced the Fall was not a sin—inherently wrong—but a transgression—wrong because it was formally prohibited. These words are not always used to denote something different, but this distinction seems meaningful in the circumstances of the Fall.

Modern revelation shows that our first parents understood the necessity of the Fall. Adam declared, “Blessed be the name of God, for because of my transgression my eyes are opened, and in this life I shall have joy, and again in the flesh I shall see God” (Moses 5:10).

Note the different perspective and the special wisdom of Eve, who focused on the purpose and effect of the great plan of happiness: “Were it not for our transgression we never should have had seed, and never should have known good and evil, and the joy of our redemption, and the eternal life which God giveth unto all the obedient” (Moses 5:11). In his vision of the redemption of the dead, President Joseph F. Smith saw “the great and mighty ones” assembled to meet the Son of God, and among them was “our glorious Mother Eve” (D&C 138:38–39). (“The Great Plan of Happiness,” October 1993 general conference)

I think of Eve, the first mother of all children ever born, as someone who–through personal revelation–understood that she had to partake of the fruit because it was only way for Heavenly Father’s plan of happiness to come to fruition. I think she had a “mother heart” long before bearing children, and like so many mothers who sacrifice their own comfort and desires for the welfare of their families, she acted out of love for her children.

I am excited to check out this book! I normally don’t review books before having read them, but being an admirer and defender of righteous women, I can’t wait to see it!

Author: Liz
Filed Under: General
Tags: Elder Dallin H. Oaks, Eve, Girls Who Choose God, how we differ from other religions in our view of Eve, McArthur Krishna, righteous women, The great plan of happiness, why we praise Eve instead of find fault with her, women of the Bible
After church happy hour
I will disappoint you