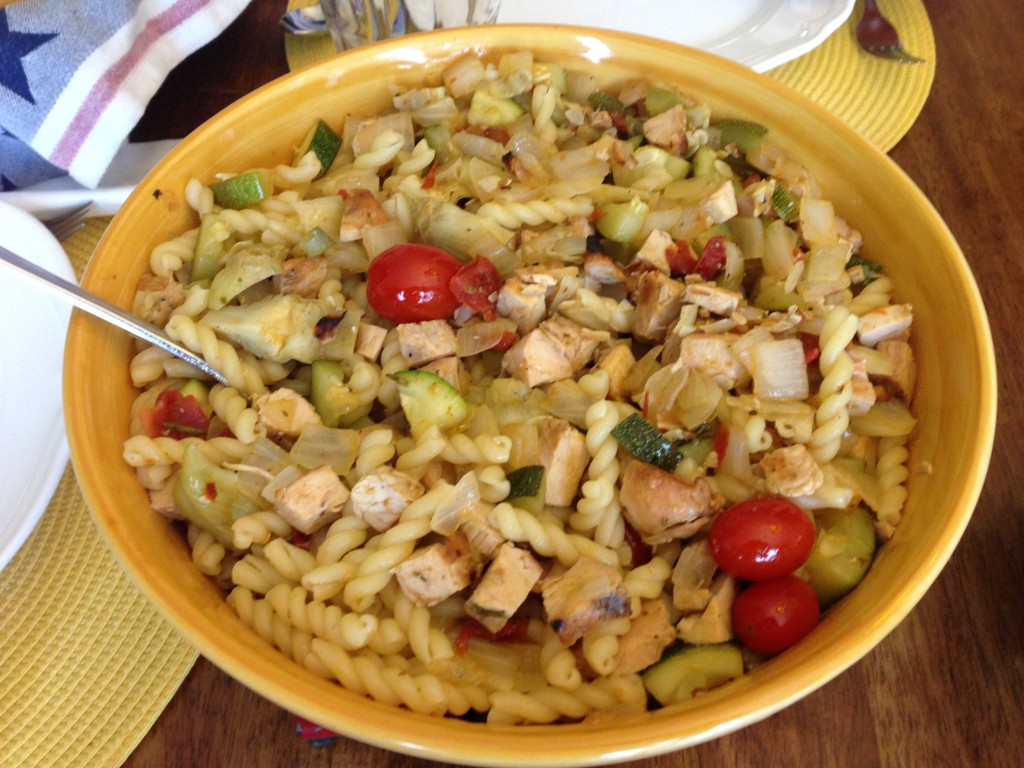 When we went to the Pizza Factory recently, I ordered a dish I like that I called “Chaz.” (The name stands for chicken, artichokes, and zucchini, and it reminds me of “Shazam,” which cracks me up and reminds me of an old TV show I watched sometimes as a child in which the superhero could change into his superhero self by calling out, “Shazam!” Lightning strike later, he was transformed.)

When I wanted to recreate this entrée at home, I named it “Chazam.” Although it didn’t come together as fast as lightning, it was a quick meal to make. And I LOVE quick meals!

I put this together when I had leftover grilled chicken breasts, zucchini from the garden, a few grape tomatoes leftover, and an opened jar of artichoke hearts. I grabbed another jar, the sun-dried tomatoes, and went to work. The Olive Garden salad dressing that Costco had recently added a nice flavor. Some shaved Parmesan cheese would have been a nice touch if I had used a fresh vinaigrette.

The great part of making Chazam was that my whole family loved it!

P.S. Mushrooms are not in my recipe, but they would be good, too. It is also yummy served as a cold pasta salad, which helps if there are leftovers!