“My little boy’s all grown up!” 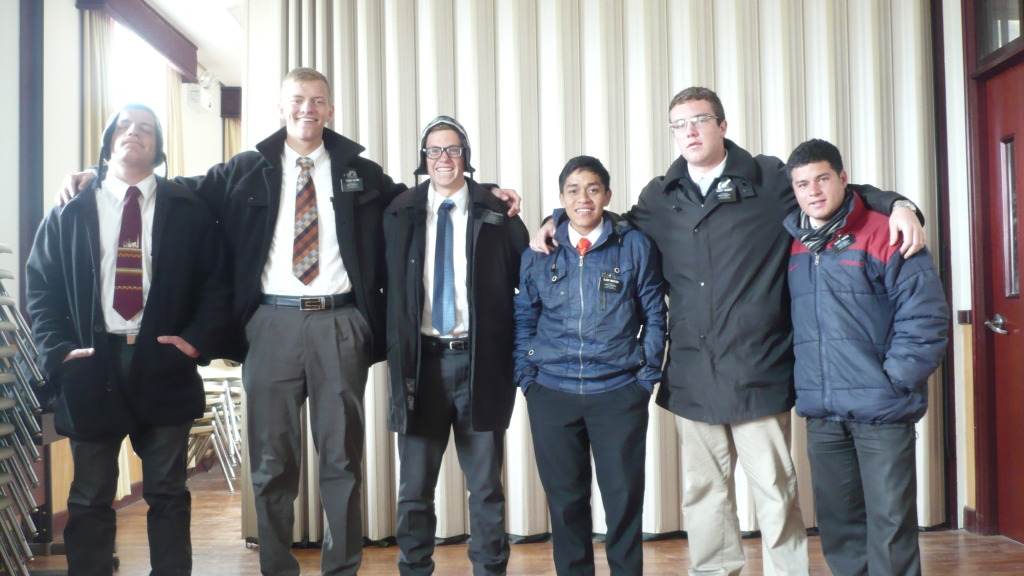 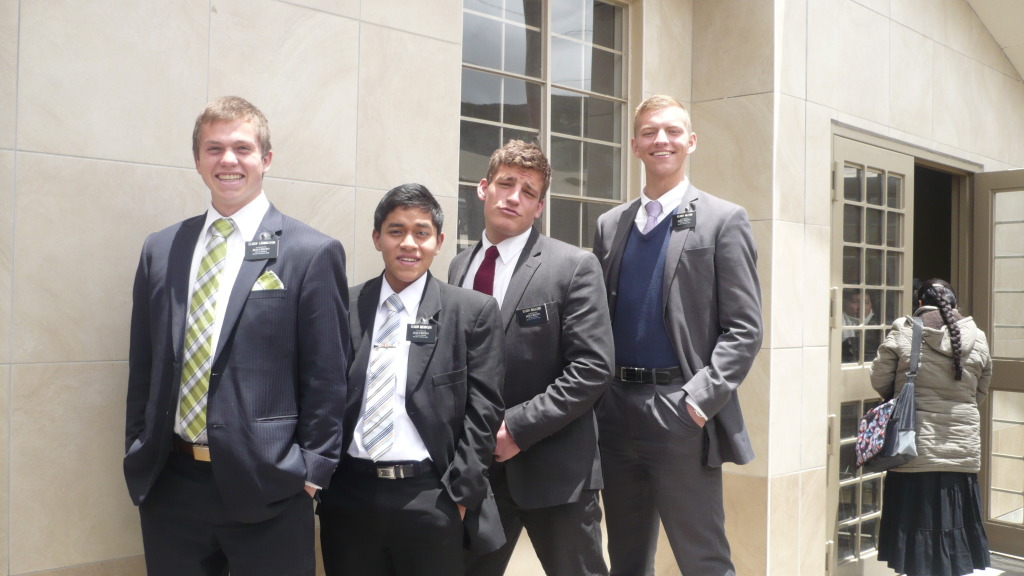 Here are two photos of Elder Livi’s district! In this second photo, he is wearing a tie that Anna picked out for him. Looks like the tie came with a matching hankie! Missed that detail when I bought it :).

One of my favorite parts of Elder Livi’s recordings (after getting to hear his voice), is how he always starts out thanking us for things. He has certainly had an opportunity to feel and express gratitude. He received a package and expressed gratitude for what we sent.  He said the other day he was wishing he could listen to some classical music, and then a few days later the package arrived with “Mornings with Mozart” in it, and he was really excited about that. I’M so happy that now he has the long johns I sent, because of the cold. And the protein breakfast shakes!

I remember what a huge blessing it was when my brother sent me a CD by John Rutter called “Te Deum.” I must have listened to that CD a 1,000 times on my mission. I still love that CD. Music is such a wonderful blessing! I’m glad he has access to a CD player, and I’m grateful that he can sing, too. He said that everyone loves the hymn, “Nearer My God to Thee” in the area where he is serving.

Elder Livi shared how he is trying to help his companion learn to be a little more polite, such as not asking women their age or if they are pregnant. He noticed when his companion started going around the room and asking everyone their age, but paused before asking a woman her age, and then didn’t and moved onto another question. Nate felt relieved that he remembered, particularly as the woman did not look like she wanted to provide that information. “My little boy’s all grown up!” he said, in a Mushu voice.

He talked about finding a less-active family who used to be really active until the father had an affair. They visited with them and felt the Spirit as they sang and shared the gospel. They wanted to come back to church, and they have come now for two weeks. Elder Livi  hopes to help their family be reunited, applying repentance and forgiveness.

“Just great stuff all around.”

“I just want to say really quick that I’m just having a great day!”

He cooked pancakes for his companion this morning as transfers in coming up on Wednesday, and he doesn’t know if they will be transferred or not. Nothing like constant change!

We did ask him if he had any altitude sickness, and he said, ‘Nope, I was blessed.”

He ran out of time before I got all my questions answered, including what have they done for fun on Preparation Days. But we got these photos, which is SO AWESOME. I always love to see his smile!