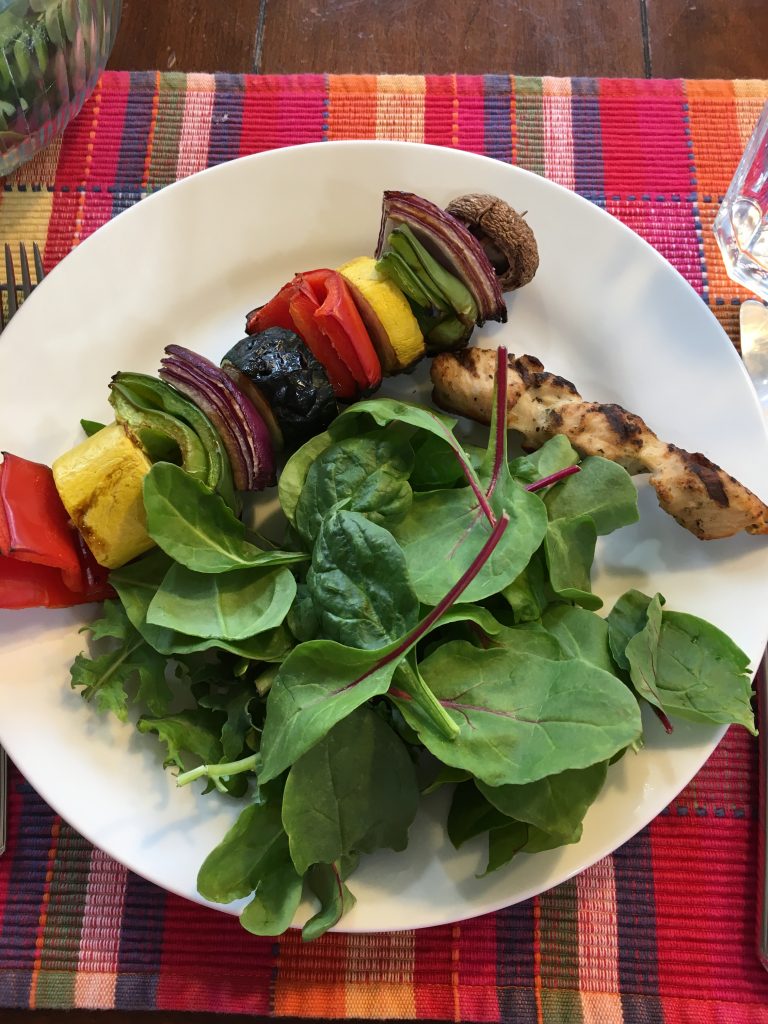 May is such a busy time of year, and dinners often get lost in the shuffle.

Grocery store and Costco to the rescue!

I was so tired the other night, and in my hurry I stopped by the grocery store and picked up some pre-made veggie shishkabobs and pre-made salad mix. I went out to the freezer and found some pre-cooked chicken kabobs from Costco. VOILA! Dinner is ready.

(OK, well, we did cook the veggies on the BBQ and heated up the chicken in the oven, but that was the extent of it. And it was delicious!)

I know this isn’t an inexpensive way to go, but it was a healthy and fast way to go, and cheaper than a restaurant for 7 people, so it was a WIN!

Author: Liz
Filed Under: General
Tags: #easydinner #quickdinner #May
Once There Was a Mom
Going green (and yellow, pink, orange): Finished fabric napkins