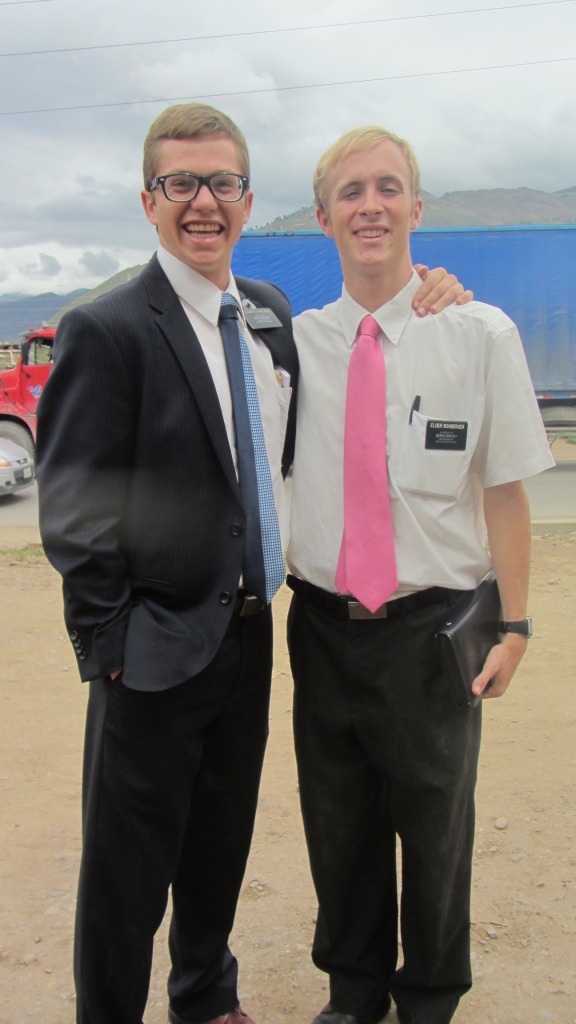 Yesterday we didn’t get any emails from Nate. I watched the computer all day until I knew his P-day was over.  I felt peaceful instead of worried.  (As I think about it, I think it is part of that comfort that Nate promised me I would feel during his mission when he gave me a priesthood blessing before he left. ) We knew transfers were taking place and figured that something happened in his new area that prevented him from being able to go to a place to access the internet.

But this morning, I got this awesome message from a mom of one of his previous companions who I had contacted through a missionary mom FB group for his mission. Her son had emailed her these photos, and she was passing them on to me! They are from the area that he was just in, and I think (I’m not positive–I’ll have to confirm via email next week, hopefully!) that this is a photo of his district. Nate was the district leader in his area this time. Such short periods of time for all these experiences! Tons of learning experiences packed into 24 months! The companion with the pink tie pictured above is the one he had before. A great elder! I am SO thankful for both him AND his mom AND for Facebook, which allows us missionary moms to connect and share questions, concerns, and celebrate the news we get from our children missionaries! So GREAT!

It’s especially great to get photos because the internet access/speed varies, and sometimes he is simply unable to upload photos because of the computer and internet service available to them. It is simply wonderful to see that happy smile that I love. 🙂

Here is a brief update from last week’s audio letter: He had 3 people scheduled for baptism on Valentine’s Day, and they had been working with two couples who were married and considering divorce. But because of trying to apply gospel principles in their lives, both couples had seen more happiness together and were working on saving their marriages. Nate also was enjoying getting to help two young men prepare to serve missions. There was one father who was an alcoholic who stopped drinking for a month, and then had a setback. Elder Livi and his companion were praying for his wife to be patient with him as he tried to get back to his commitment to give up drinking. I know that leaving Huanuco must have been hard for Elder Livi because he loved these people so much and had been working so hard to help them. Alas! That is the life of a missionary: learning to trust God to take care of the people you work hard to serve and love. It is certainly one of the great privileges of being a missionary to get to love people so dearly with whom otherwise you would never have had any connection.