GQ: Adapted to the lowest capacity 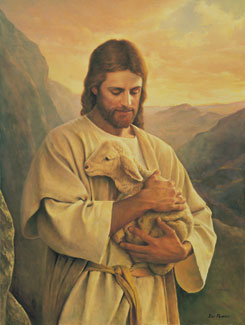 A friend recommended to me yesterday a speech given by Elder Bednar on “The Character of Christ.” I have just barely begun to study it when I came across this quote: “The revelations of the Lord to his creatures are adapted to the lowest capacity, and they bring life and salvation to all who are willing to receive them” (Brigham Young, Discourses of Brigham Young, p. 124).

That contains a beautiful truth!

All of God’s truths and commandments are accomplishable.

In my mothering, I have tried to find solutions to many problems. Often, I have had an idea and have applied it in a most complicated way. I didn’t realize it was too complicated at the time. And it wasn’t that the ideas per se were wrong, but that I needed to simplify my application of them.

And I didn’t recognize it until I had tried it out for a while.

Take the time card, for example. Or the job chart. Or any organizational system or plan! I learned, after time and multiple applications and revisions, that the best system or plan or lesson is the one that accomplishes the task (or teaches the principle) while being the simplest to understand and easiest to perform.

I have now taught music to kindergarteners for three years. Since I have been creating the curriculum, I have recycled the same principles and lesson plans, teaching them in various ways to different children. Each time I have learned something. What have I learned the most? It helps to simplify something so that each child can accomplish what is asked.

This doesn’t mean that God (or a parent or teacher) doesn’t know how to adapt something to a child who wants or needs more challenge. The principle itself needs to be taught plainly and simply, and then further growth can come to one who is ready and wanting.

The second concept about this quote, in my mind, is how much God desires for us to understand Him and His plan. He isn’t trying to complicate anything so that we can’t do it. He wants us to learn and accomplish. He allows us to stretch to learn, only because He knows we can do it. And He will provide whatever support along the way that we require.

Sometimes I have noticed that when something feels too hard, I have panicked internally. I have believed it was too hard and that I couldn’t do it. I have sometimes wanted to be coddled like a baby by God instead of simply encouraged and helped back up like a toddler. God wants me to grow up and learn to walk, not just be carried or pushed in a stroller my whole life, figuratively speaking.

This quote reminds me that I CAN DO IT. And if I simplify something, I can help a child learn to do what is needed for their growth, too.

What a GREAT QUOTE!

P.S. This quote reminds me of a favorite scriptural passage of mine. It’s the story of Jacob when he meets his brother Esau after some 2 decades or so. They embrace in reconciliation and then Esau invites Jacob travel with him. Jacob declines, saying,

“And he said unto him, My lord knoweth that the children are tender, and the flocks and herds with young are with me: and if men should overdrive them one day, all the flock will die.

“Let my lord, I pray thee, pass over before his servant: and I will lead on softly, according as the cattle that goeth before me and the children be able to endure, until I come unto my lord unto Seir.”

This passage has always suggested to me that Jacob understood about working patiently with children and pregnant cattle. He knew that making them and the pregnant cattle go too fast or too far isn’t good for them, so he slowed his pace to accommodate them.

I’m so glad this story was included in Genesis so I could remember that sometimes I just need to slow down and take things a little more easily. Adapt to the pace of my family and accommodate the children, and then we’ll all be a lot happier. 🙂