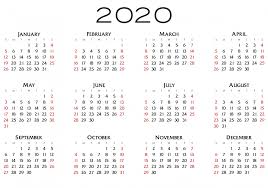 “All that is gold does not glitter,
Not all those who wander are lost;
The old that is strong does not wither,
Deep roots are not reached by the frost.
From the ashes a fire shall be woken,
A light from the shadows shall spring;
Renewed shall be blade that was broken,
The crownless again shall be king.” (Gandalf in a letter to Frodo)

“In the woods I lie to be alone for every tree is a true old friend and every tiptoeing wind a merry comrade.” (age 17) (p.47)

“We were picking potatoes all day up in our hill field…I hate it! But since pick I had to I was glad it was up in the hill field because I love that field. There is such a glorious view from it–the deep blue sea, the pond as blue as a saphire, the groves of maple and birch just turning to scarlet and gold, the yellow stubble lands and the sere pastures.” (p.55)

“I feel a wonderful lightness of spirit, and a soul-stirring joy in mere existence…a joy that seems to spring fountain-like from the very deeps of my being and to be independent of all earthly things. Such moments come rarely…but when they do come they are inexpressively marvelous and beautiful…as if the finite were for a second infinity…as if humanity were for a space uplifted into divinity. Only for a moent, ’tis sure…yet such a moent is worth a cycle of common years untouched by the glory and the dream.” (p.250)

Maud’s life is not only immensely filled with the joy she feels in nature but also with the weight of grief related to so many of her family relationships. She suffered from depression even to the end of her life. It is tragic to read about a woman who brought so many–including myself–hours of joy in reading her stories to discover that she herself bore the burden of such temporal and heart-rending difficulties.

“‘Ignaz,'” Mattie said aloud, speaking to potentially nonexistent ether, ‘I wish you could see this moment and understand what you have accomplished. Somehow, I hope you know uyou are right. The Galileo of microbiology, you were, my friend, sacrificed for your vision, decades ahead of your time.’

“‘And you, Frau Hesse,’ she tilted the agar-agar to shimmer in the morning sunrays though it remained beautifully solid, ‘your work demonstrates once more the impossibly fine line between a “woman’s work” and the quests of humanity.’

“Critics had once told Dr. Semmelweis that cadaverous particles were too ‘unreasonably small’ to cause harm. Lounging together in their superiority, the medical community had been certain nothing so tiny could possibly be responsible for diseases so grandiose and devastating. Many had been offended at the implication that, as gentleman of medicine, their hands might be anything other than clean.

“Looking around the room for somewhere to direct her scorn, she found it in a row of scientific textbooks lined up on a dusty shelf. ‘You have quite the habit of underestimating things you do not understand,’ Mattie informed them.

“Hands trembling with emotion, she turned back to her samples. If something so seemingly insignificant as sanitizing hands ad instruments meant the difference between thousands of women returning home maternity to graveyard, what wouldn’t this knowledge mean for her mother and so mayu other women struggling to survive in the West? Mothers needed to know how to protect their children–not only from runaway horses and desert snakes, but from strings of microscopic clusters unwittingly passed by loving hands. Here, she thought, here was work worth giving one’s life to–that people might know their own power” (pp.109-110).

“‘No privileged class either of sex wealth or descent should be allowed to arise or exist. All persons should have the legal right to be the equal of every other'” (p.306).

I enjoyed this book so much that I have included it in my Friendship Library Project. My first impression from reading this book was that Charlie was born “for such a time as this” (Esther 4:14). His willingness and courage to share his feelings about same-sex attraction and how they fit into relationship with his Heavenly Father taught me lessons gave me insight into Heavenly Father’s plan. I marvelled at how loving and supportive his family was. Their behavior reminded me of the Savior’s. Charlie Bird desires to help others by writing this book; he has opened the heart of at least one person wider than it was before, so in me he has accomplished this. Thank you, Charlie!

“David, my boy,” read Higgins aloud, “I am waiting for you in the far country. Do not grieve, for that will grieve me. I shall not return, ut some day you will come to me, your violin at your chin, and the bow drawn across the strings to greet me. See that it tells me of the beautiful world you have left–for it is a beautiful world, david; never forget that. And if sometime you are tempted to think it is not a beautiful world, just remember that you yourself can make it beautiful if you will.

“You are among new faces, usrrounded by things and people that are strange to you. Some of them you will not understand; some of them you may not like. But do not fear, David, and do not plead to go back to the hills. Remember this, my boy–in your violin lies all the things you long for. You have only to play and the broad skies of your mountain home will be over you, and the dear friends and comrades of your mountain forests will be about you. Daddy.” (p.34)

“‘Why, I never knew really what the pine trees were saying till I heard them at night, lying under them. You know what I mean. You’ve heard them, haven’t you?’

“’Yes. Oh, haven’t you ever heard them at night?’ cried the boy, in his voice a very genuine sympathy as for a grievous loss. ‘Why, then, if you’ve ony heard them daytimes, you don’t know a bit what pine trees really are. But I can tell you. Listen! Th is is what they say,’ finished the boy, whipping his violin from its case, and after a swift testing of the strings, plunging in to a weird, haunting little melody.” (p.39)

“David, vaguely disturbed and uncomfortable, watched her [dusting] with with troubled eyes; then, apologetically, he explained, ‘It was only that I thought if you didn’t have to clean so many of these things you could maybe go to walk more–today, and other days, you know. You said you didn’t have time.’ he reminded her.” (p.48)

“’Are you quite a heathen, then?’ asked the man sharply. ‘Have they never told you anything about God, boy?”

“’Oh, “God’?’—of course,’ smiled David, in open relief. ‘God wraps up the buds in their little brown blankets, and covers the roots with—’

“’I am not talking about brown blankets nor roots,’ interrupted the man severely. ‘This is God’s day, and as such should be kept holy.’

“’Yes. You should not fiddle nor laugh nor sing.’

“’But those are good things, and beautiful things,’ defended David, his eyes wide and puzzled.

“’In their place, perhaps,’ conceded the man, stiffly, ‘but not on God’s day.’

“’Oh!’ And David’s face cleared. ‘That’s all right, then. Your God isn’t the same one, sir, for mine loves all beautiful things every day in the year.’

“There was a moment’s silence. For the first time in his life, Simeon Holly found himself without words.” (pp.59-60)

“What you eat becomes your mind. As is the food, so is your mind.” Ayurvedic proverb

I loved discovering I am a relative of Elihu B. Washburne, American diplomat sent to Paris by Ulysses S. Grant. (He is my 5th cousin 5 times removed’s husband!) Elihu was the third of 11 children and grew up very poor and working very hard. He and his siblings all grew up to be contributors: four of the sons were congressmen to the US Congress in four different states, Elihu being one of them. He also served as a Union general in the Civil War. He learned to do many different trades, including farming, and studied on his own as well as paying his way at a private seminary. “Reading all he could at public libraries, he acquired a lifelong love of Shakespeare, Dickens, and English poetry” (p.276). He attended Harvard Law school. At 29 years old, he married Adele Gratiot (19), whose family originally came from France. Elihu learned to speak French and spoke it at home with their children. He fought against slavery and was a member of the Republican Party, along with his brothers. He did amazing work in Paris serving his fellow countrymen and the French during the seige of Paris and the terror of the Commune. His careful journal keeping was of great historical value. McCullough writes,

“Numbers of famous American predecessors in diplomatic roles in Paris had written perceptively, often eloquently of their experiences and observations while there, beginning with Benjamin Franklin, JOhn Adams, and Thomas Jefferson. Still greater numbers of American authors of high reputation–Cooper, Longfellow, Emerson, Hawthorne, Mark Twain, Harriet Beecher Stowe–had written of their Paris days before Washburne ever arrived, and many more would take their turns in years to come. But no on eever, before or after, wrote anything like Washburne’s Paris diary, and if his decision to stay and face whatever was to come had resulted only in his diary, he would have made an enormous, singular contribution” (p.329).