Leadership and Self-Deception and Winston Churchill 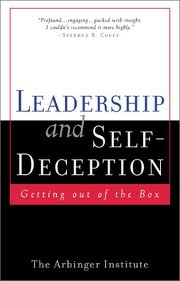 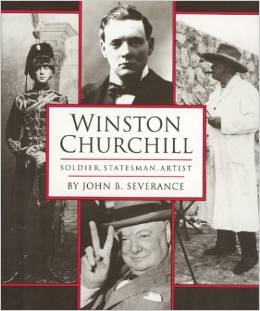 I know. Two diverse topics. That’s what I love about family book club: sharing with our children anything we want!

Leadership and Self-Deception has been a life-changing book for me and Lane, at home and at work. When we first read it years ago, it opened our eyes to a gospel principle that we hadn’t considered could be so pervasively affecting our lives. The principle is the beam in the eye. In the book, the author calls this “being in the box.” It means seeing things only from your own perspective and blaming others for problems. Being “out of the box” would be when you are trying to take the beam out of your eye, or Ether 12:27. It’s really powerful stuff. We’re still trying to apply it of course! We were interested in what our older children would have to say about it.

Rebecca said she thought “it was a book that everyone should read because it really puts a perspective on how you’re acting.” How did it change her life? “Now I’m thinking, Is this me?”

Julia said it has taught her to look at herself more and think that she might be the source of the problem first, instead of complaining and “to stop blaming others for problems.” She feels like the book is going to make her better.

Eliza said it “gave [her] a new perspective on life.” “It changed the way I look at people. It made me look at them more as people instead of objects.”

I read the Churchill book aloud to Anna, and she really enjoyed it! She even decided to do a “hero” project on him at school. We learned a lot about him, and were surprised to learn that he helped invent the tank! It was an interesting solution to a problem he saw when England was fighting in World War I (I think it was the first one. Could be the second! I have forgotten already!). He didn’t claim credit for inventing it; rather, he said it took a number of people combined to bring it about. I loved this, because that is truly how things happen. Someone may have an idea, but rarely it is the sole work of that person to turn that invention into reality.

Anna laughed when she called him “Winston Chillchill” once.

One of the things I love most about our family book club are the conversations we have and the connections we make after that month is over. I love being able to read together and enjoy a meal together talking about the ideas we’ve read. I hope we can continue this tradition for years to come. (I’m planning on it!)